Carbonate rocks, such as limestone and dolomite, make up about 12 % of the global land surface. Most of these rocks are karstified, which means that some of the fractures have been widened by dissolution processes to form crevices, tubes and caves, which play a crucial role in water movement. It is estimated that 25% of the world's population obtains drinking water from karst aquifers.

The aim of this project is to create a world map of karst aquifers. On this map, not only the existing carbonate rocks, but also the deep and covered karst aquifers, as well as important karst springs and caves will be shown. The karst aquifer map will complement the already existing groundwater world map (WHYMAP).

It is a project of the IAH Karst Commission, in which numerous international karst experts are involved, including Michel Bakalowicz (France), George Veni (USA), Zoran Stevanovic (Serbia), David Drew (Ireland) and Alexander Klimchouk (Ukraine), as well as representatives of the WHYMAP team and the makers of the lithological world map, Jens Hartmann and Nils Moosdorf. 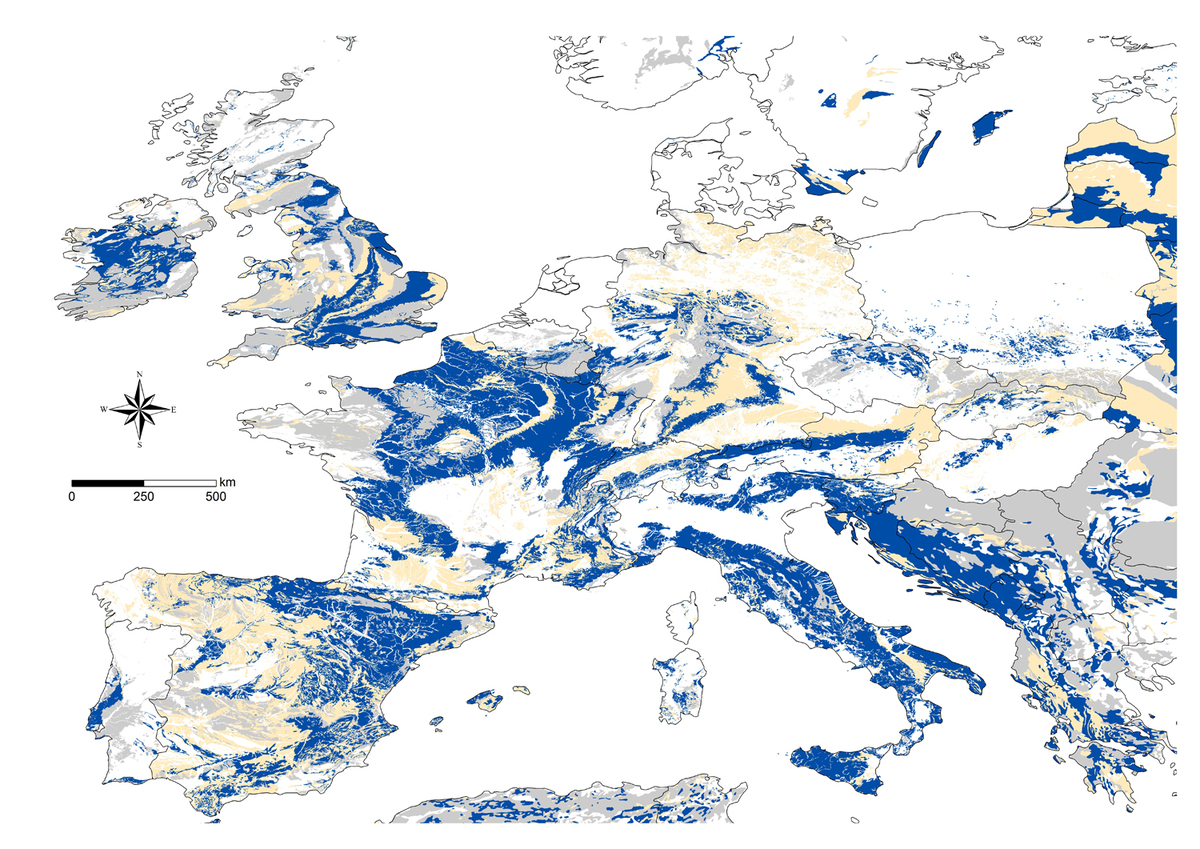 Section of the nascent World Karst Aquifer Map. Shown is the distribution of carbonate rocks in Europe according to the lithological world map by Hartmann & Moosdorf.